"I try to understand the Sun, and share the joy of science with everyone".
I am an astrophysicist. It means that I study the Universe, a little bit more specifically, the relation of the Sun and the Earth. More than a job I consider it a privilege for being paid to do so… and a responsibility towards society to let them join us the excitements of science.

Astrophysics is rather an special kind of science. Most sciences rely on experiments to test their ideas or further investigate a phenomena. With astrophysics we simply can´t. We cannot move a star, or squeeze a black hole, create a planet or throw tons of plasma against a moon.

But we can observe, and there is literally a whole Universe out there. Everywhere and every time is the same law, is just acting on different cases. Here, on our small planet we see only a very small range of those conditions. With much difficulty our laboratories can create artificial conditions of strong magnetics fields, or temperatures. Astrophysics can, however, take a look to places where we see almost any range of conditions. The Universe plays on all leagues: it involves all kind of scales, from sub-atom size to whole-universe size, it just depends on the conditions. Mechanics, Chemistry, thermodynamics, Optics, Fluids, Atomic particles, … you name it!

Understanding the Universe is not an easy thing. At all. We humans are just a form of life on one particular but not necessarily special point of it. Unlike all other species we claim to be intelligent, but it doesn´t mean we are smart enough to understand the Universe. Luckily, nowadays we can make fair sense of it. Truth said, for doing that we need a plethora of non trivial assumptions, hypothesis, approximations, ...

Why bother? Why should you care about pure science? Trying to explain the Universe improves our understanding of both the Universe, our home, and the laws that applies to it, and us. The knowledge per se is the main goal of it. But the will of knowledge has also its payback. Most of the things around you and those you can't live without are consequences of the scientific development, the technological improvements coming along it, and the smart manipulation of natural laws. Just to mention some typical ones: the Internet, monitors, GPS systems, satellites, Internet, mobile phones, cars, … all those precious commoditied stem on STEM (Science, Technology, Engineering, and Mathematics) 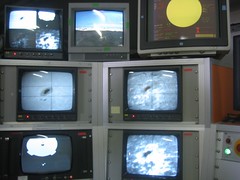 Among the many many things on the Universe, I have mainly focused on one of them. A rather dull one for the Universe, but very special for us: The Sun. In human terms in extremely away but in the Universe scale is really close. As such, it is a nicely placed paradigm of what the Universe holds.

The Sun is the only star from where we get enough energy to study its emision in great detail and with short temporal cadence. We see structures down to 100 km size on its surface. With special techniques and models, we can reconstruct the properties of its interior. We can also investigate the structure of its atmosphere and the unfamiliar eﬀects of its magnetism. Actually, we are embedded in the solar wind that has its origin in the outer solar atmosphere, the corona of the Sun. Thus, we can make in-situ measurements. Indeed the Sun-Earth relation goes much further than just the light we are used to. Along with the solar wind stream of charged particles, the Sun also emits esporadic clouds of highly energetic material, called Coronal Mass Ejections.

There are many things we still don´t understand from our Sun. And is not only qualitatively (the numbers) but also quantitatively (the phenomena). One big example is the Coronal heating problem: The upper most part of the solar atmosphere, the Corona, is much much hotter than the region below it. How is this possible on a body where the heat comes from inside? We can't quite get how is so...

Current technological and scientific developments have pushed our limits much further: better cameras, more satellites, better computers, better telescopes, better communication, ... we are out with more and more data to be address by ever increasingly tested and improved theories. It is definitely an interesting moment to be (solar) astrophysicist. 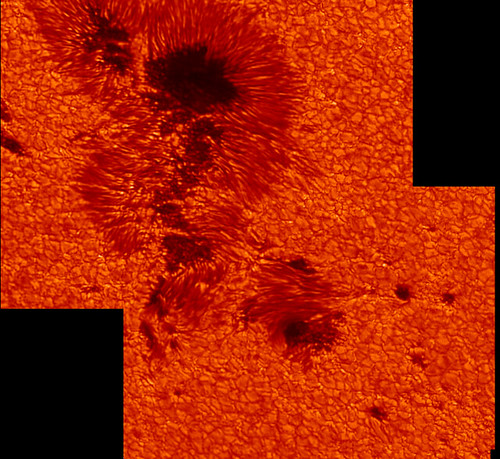 My thesis topic was about dynamics of the chromosphere of the Sun. This is the layer just above the surface of the Sun. We call it surface but just because is from where most of the light we see comes from there. But above it there is still stuff, just not so bright.

Today we know that it is a transition region. Before it, the material in the Sun moves around much like a fluid, pushing around the strong but invisible magnetic fields. Above it, the density is so low that now the magnetic filed decides how to move, so the material has to mainly follow the field lines and we then see those. The chromosphere is a warped highly dynamic place where 2 different forces clash.

Looking at the limb (solar rim), I studied what the observed spicules (jet like structures) can tell us, when observed in infrared light. Size, height, opacity, among others. The fact is that it is very difficult to observe then in detail, and indeed I had to use one of the finest and more advances instruments (in Tenerife). With that I checked some current models and found that they cannot reproduce the observations (and why). On the disc, I looked at time series with very high spatial, spectral and temporal resolution using several techniques and optical devices. I studied then the observed dynamics. In particular I found many waves running along elongated features. With the data, I could infer many properties and test current theories of wave propagation.

For more details of my thesis, or the actual thesis itself, visit this page.

After my thesis about the chromosphere I decided to continue my journey on the Sun and and work on the upper parts of the solar atmosphere. The Sun is a different beast up there, the way solar physicists work is also different, even the data gathering or the main concepts behind the dynamics are new , …  In particular, I am interested on the dynamics of the Transition Region, Corona and ultimately on the Space Weather and the Sun-Earth relation.

Among other projects I am working on:

Parallel to my scientific work I consider outreach a compulsory activitiy for any scientist. It is becoming clearer and clearer the long gap between society and science. It is only through science outreach where we scientist can return the social investment back into development. One way or another forming a scientist not only cost years of personal sacrifice and study (and a strong conviction to prioritize science over personal life), but is only possible if there are means and founding to do it. Either from your parents, institutions or governments, science don´t usually pay back as easily to see as medical doctors, engineers or architects. Yet, it is my believe that any society, at any stage of development, should develop strong politics towards science awareness and scientific research. It not only provides means for  (worldwide) mid/long-term  practical development, but also carries on the human duty to know who we are, where we live, what are we doing or where are we going.

Having a society that is aware of the importance of science (of physics, of mathematics, of biology, …) is the core of a complete education to confront modern life. To develop as professional adults, whatever we choose to do. This is done on the first hand by a strong educational and research policy and, on the other, a tight communication between science and society. We seem to forget this second one: science outreach. How can we wish for awareness of the universe awe, when people believe in astrology and homeopathy. How can we wish for our kids to strive for education and culture when we see that kicking balls, sleep with a “famous” people or be financial sharks is much more successful?

My share of responsibility is to communicate my vision of the relation of society and science, astronomy, solar physics. And that I try to do, as best as I can. 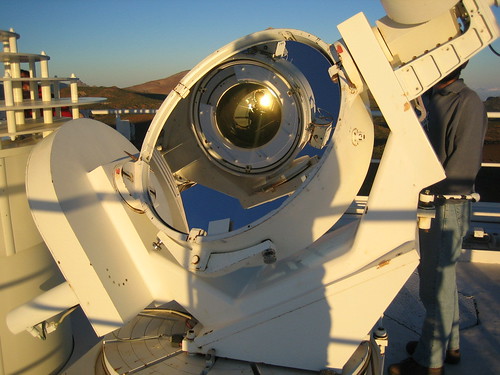