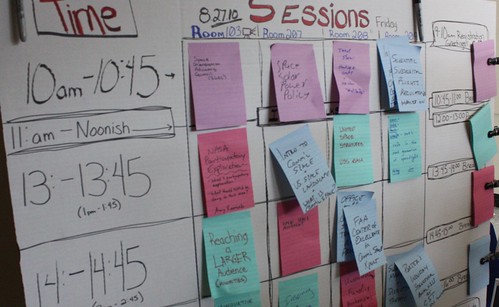 Space Up is set of “uncoferences” about space. Last week was the DC edition, in wich I had the pleasure to participate. It was my first unconference and I must admit I liked it. I would say is perfect for small conferences where the level of enthusiam is high.

The attendees were coming from all walks of life, from rocket scientist with years of experience to kids with their mums. No specific background was required to attend or even host sessions about any topic. There was only common denominator, interest in space, and a strong commitment to collaborate. Some people brought audio and video resources, some broadcasted it and recorded it, some filled the wiki with content, …. A mother, a scientist, an enterpreneur, a kid, a professional, a journalist. All working together side by side.

On the fun side, there was a LEGO session, there was music, there was a throwing toys session, just to mention some. We even had the geeks from ThinkGeek! (which, btw, gave gifts to everyone). On a more “serious” way, all sessions were broadcasted live and recorded, the dedicated wiki was fed live by virtual and present attendees, Twitter and chat room served served to share and engage the local and virtual audience.

For anyone interested in Space Policy it was a great opportunity. It started as a grassroot effor, but ended up attracting the participation of not only other enthusiast, but also companies like Northrop Grumman, NASA, FAA. Not everyday one has the chance to see and participate how these complementing parts interact towards the common goal of space.

As personal summary, here as just a few thoughts and quotes from it.

-On the Session about Copenhagen sub-orbitals, I learnt that there is some skepticism on why an amateur group will make a space rocket without aiming for profit. It reminded me to the early, and not so early, skepticism about Wikipedia or Linux. Just as in thoses cases, some people are willing to believe, and collaborate. I admit is difficult to belive that someone will just will launch the biggest amateur rocket, from a sea pad, towed by a home-made submarine. Just because we can.

-Probably the most interesting session was the little experiment by @NASA_SDO about PUS (Public Understanding of Science). They took some random pictures about science and asked people to say the first word that came into their mind as they look at it. The went to the National Mall and asked around 20 people. Then they did the same with Space UP DC attendees. Look at the results. The word cloud on white is general public, the word cloud on black is from the conference: 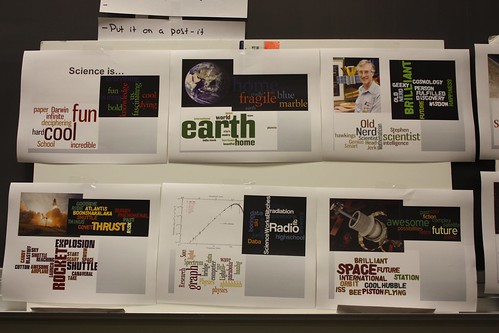 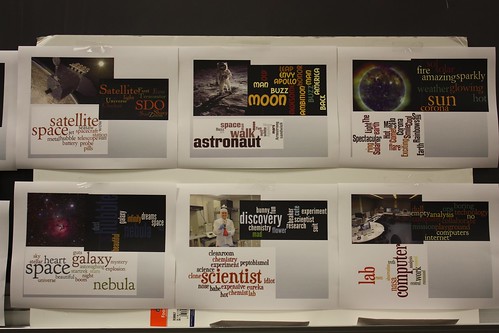 As you can see (if you click to see it large) people from the street seem to recognize science as cool and interesting, but scientist are “freaks”, “boring”, and science is too “difficult” to be done by anyone. On the other side, space enthusiast commenting on PUS live on a completely different world, where they are the “future” and lab coats are “hot”. Interestingly, they seem to be aware of that, as when general society sees the Earth as “home”, they see it as “fragile”.

-Science Journalism, specially during the last years, are regarded with certain degree of skepticism, as the difficult and demanding science outreach is substituted with pseudoscience or just “total lack of factuality”. Also, newcomers to EPO should remember that no matter how easy and attractive the new technologies are, most people are not under the radar of Twitter, Facebook or alike. Old fashioned newspapers, Town halls fairs, mentorships,  and one-to-one or one-to-few in person interactions are much needed.

-I have learnt with great interest that “the role of the FAA in space is not only to regulate, but also to encourage use of space”. Without that key second part, the regulations could be set so high, that no-one would ever try anything. In that case they would just go overseas. FAA jurisdiction applies to any US citizen and anything launched into space from domestic soil. If the US wants to keep leadership in space, it is advisable to make it appealing for individuals and companies to invest in space. At the same time ITAR regulations strictly constrains technological knowledge from being exported. During that session the interplay of the FAA encouragement and ITAR restrictions shape the landscape  and pace of an intriguing future. 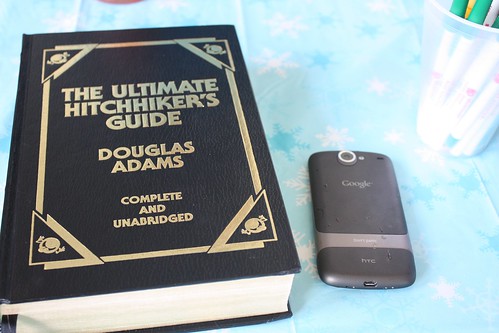