With the burgeoning use of Internet and mobile phone technology, user-generated content (UGC) has emerged as an innovative means of sharing data.

In the last decade, subscriptions to mobile phones rose from 18% to 97% in the developed world, and from 1% to 45% in the developing world. Internet subscriptions increased 10-fold in the last 10 years, reaching now 20% of the world population. Facebook—launched in 2004— now has over 500 million users (half of users, ~5% of the world’s population, access Facebook every day). Twitter has grown to 100 million users worldwide since beginning in 2006. In 2010, Twitter hit 50 million tweets per day—an average of 600 tweets per second. UGC has shown promising advances in a broad variety of fields (e.g., epidemiological surveillance, crisis response, and e-governance, among many others).

While there are substantial benefits and great potential to leveraging stakeholder information for societal benefit, this rapidly evolving technology has outpaced regulatory policies, raising many concerns. In this post I will focus on one of these areas where UGC has its biggest impact, the developing world. 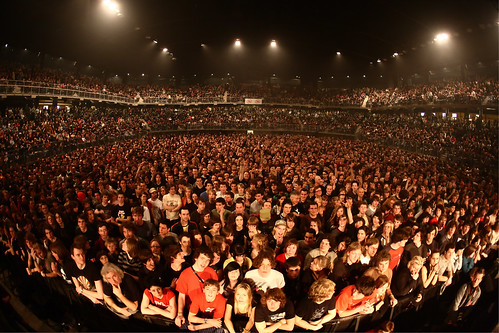 Crowdsourcing can have a huge impact on the developing world. These tools are designed to address specific problems and, therefore, are extremely results oriented. The crowd here means anyone with a bidirectional communication device, such as a computer connected to the Internet or access to a mobile phone. This definition accounts for approximately 22% and 80% of the world population, respectively. Crowdsourced information, for the purposes of this policy brief, is also referred to as User Generated Content (UGC).

In general, the UGC approach has three personnel components: 1) domain experts who oversee and provide the problem definition; 2) technical experts who develop the tools and the infrastructure and contribute to technical tasks; and 3) the crowd -i.e. stakeholders and volunteers- which performs less technical tasks (with no or low technical literacy required) and can be amassed either locally or globally. 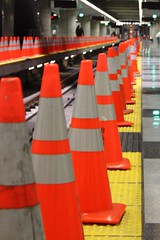 Successful deployment of UGC tools has proven vital in the following recent efforts: the production of the most updated and detailed map after a major earthquake (Open Street Map in Haiti, 2010), support healthcare (SMS4Life fighting malaria in Africa, 2009), or human rights abuse monitoring (Usahidi in Kenia, 2007 or the Warlogs in Wikileaks, 2010). New initiatives, like Random Hacks of Kindness, use a system in which problem definitions are formulated by stakeholders via an open competition scheme, thereby minimizing the cost and risk for the initial development effort, while simultaneously increasing the diffusion of this type of innovations.

Most UGC tools can adapt to resource and information scarcity caused by hindered or basic infrastructure; an common attribute in developing countries. These methods are usually open-sourced, can be deployed quickly, and are scalable as resources become available. Due to its low cost and ease of dissemination, UGC also has the potential to improve consensus building. In the peacebuilding realm, UGC-harnessing tools can facilitate communication and increase relevance with increasing participation, as well as identify and alert individuals and organizations regarding emerging conflicts and human rights violations.

There are substantial benefits and great potential in the leveraging of stakeholder information for societal benefit; however, this rapidly evolving UGC technology has outpaced regulatory policies.  This circumstance raises many concerns, which, in turn, limit its diffusion. The raw power of the engaged crowd is almost limitless, but at the same time inherently unpredictable and decentralized. How accurate is the information produced by these technologies? How resilient are these tools in the cases of infrastructural distress or natural disaster? Are UGC methods substitutes for or complements to traditional approaches? Can we enact the rule of law to protect privacy or avoid criminal behavior? Who is liable for the dissemination of false or proprietary information?  Conversely, are governments and institutions liable for not properly responding to these technologies?

Stakeholders include the public and private sectors, individual volunteers, multilateral institutions (such as the UN and the World Bank), advocacy groups, governmental aid agencies, and development charities and NGOs (such as ActionAid, Caritas, Care International, or Oxfam). 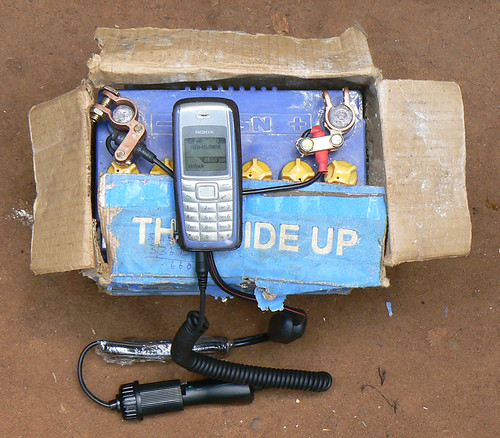 We will focus on three major policy implications relating to the use UGC tools in the realm of development: sovereignty, credibility, and accessibility. Given the rapid growth and evolution of these innovations, all recommendations are proactive rather than restrictive and are focused on best practices, building capacity that ensures coherence, infrastructure resilience, and accessibility.

When using these technologies, stakeholders are offering up their personal data, situation, and/or problems for international scrutiny. This kind of transparency is unusual for most countries. UGC tools are inherently limited in their capability to moderate content; therefore, sensitive materials can easily become open and accessible -e.g. Wikileaks-. Users may participate without a precise understanding of who owns the rights to the data generated, and proprietary information may be used without consent. Furthermore, once made available, processed and merged within the system, it is mostly impossible to untangle and remove the information, reverting the process.

The default of most institutions and governments of not sharing information, or “Data Hugging Disorder”, is prominent and greatly hinders UGC usage. Fortunately, the openness of UGC-rendered results and methods is increasing in order to promote transparency, both in crisis response and as a general practice within governments and institutions. A prominent example of this is the recent decision of the World Bank to offer free public access to its curated data. On the contrary, an example of recent resistance to UGC utilization is the new restrictive regulations for mobile texting in Egypt, just prior to elections.

As UGC tools become accepted and endorsed, credibility, data curation, and verification become concerns for further adaptation, especially in cases wherein large crowds provide a high volume of anonymous data. Currently, advocate expert groups -such as SwiftRiver- are actively developing techniques to measure data credibility for such cases, using several methods like source authentication, data triangulation, crowdsourced/cumulative trust, or white-listing certain sources with higher guarantee (“bounded crowdsourcing”). Similarly, human rights groups are also seeking ways to increase data verification, especially for human right violations. In these instances, credibility is of prime importance and, until now, has involved individual on-ground verification, which greatly slows the process. In the case of the developing world, most input data is local and comes from either local stakeholders or individuals with mobile phones. In the former, an internal process of data curation is expected and, in both cases, identifiable and traceable.

The impact of UGC tools scales mainly with infrastructure quality and resilience. In the developing world, mobile phones are the most effective approach. Mobile subscription rates are growing at an astonishing rate, enabling emerging mobile-based business models, which in turn accelerate subscription trends. 80% of the world population are able to, in the very least, send mobile messages. However, the UGC participation rate is generally small because the appropriate tools are not currently present or because stakeholders might not be aware of them or know how to use them.

After the initial investment of effort in designing a UGC tool, a process needs to be followed, through which input and output channels are established and diffused and stakeholders are trained with respect to the proper use and capabilities of the technology, i.e. users must be made aware of which phone number to use or which webpage to visit, and how to do so effectively. All of this effort is required to build the initial momentum, after which these innovations disseminate as results become available. Ultimate accessibility depends on the self-awareness and active participation of the end-user.

The ability to confront hindered or basic infrastructures is also of prime importance for the effectiveness and success of UGC tools.  For example, the process of having a crowd update a map is of low interest if locals cannot access these updates, or the map itself, in a timely manner. Planning and coordinating efforts in a common collaborative framework must therefore ensure provision for minimal communications means and backups. Furthermore, UGC tools thrive with growing crowd and, indeed, cannot work without them. Additionally, planning and securing a minimal workforce is mandatory. In the case of the developing world, local stakeholders can provide or leverage a basic minimal workforce that ensures functionality, regardless of eventual media awakened crowds. Developers and organizations should, therefore, adapt these technologies in order to: create a sustained networks of collaborations, match “needs” with “haves”, share resources and data, and channel coherent responses.

Also of high importance for UGC tools is the ability to deal with nodes temporarily out of communication. In these cases, data could be sent using portable devices or memory sticks. Furthermore, off-line updates made on these nodes can eventually be sent online, with the aim of eventual consistency. This is of special importance, for example, in assessment reporting, wherein a crowd downloads available data, goes out to gather new information, and finally uploads their updates upon return.

2.- Convene an expert committee to independently (a) assess the current situation of UGC technology; (b) define the most pressing needs in the developing world that can be addressed using UGC;  (c) define a set of open standards, guidelines, and practices to coherently interchange data among UGC tools and traditional systems. 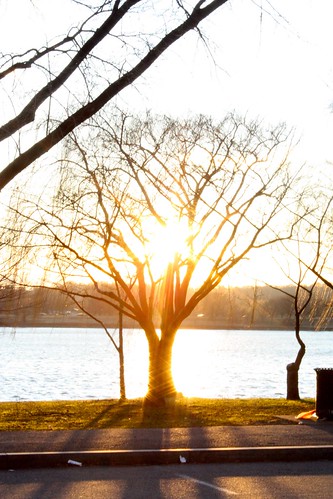 Disclaimer: This policy brief was prepared as an individual exercise in professional writing under the National Academies Christine Mirzayan Science and Technology Policy Graduate Fellowship Program, Fall 2010. The findings and conclusions are solely attributed to the author and not necessarily endorsed or adopted by the National Academies.