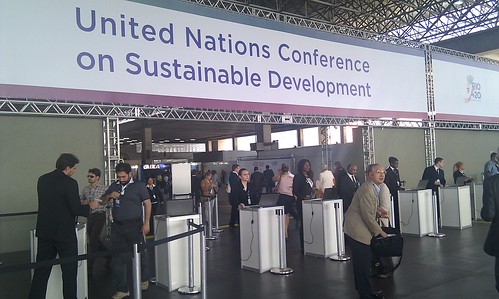 Entrance to the Rio+20 Conference in Rio de Janeiro, Brazil[/caption]

45,381 participants from 188 countries, which included 100 heads of state and their staff were present at Rio+20. The goal of this United Nations Conference on Sustainable Development was to strengthen political commitment towards sustainable development. Among the many messages gaining strength around Rio+20, a few are resonating with our participation at the conference: 1) The side events are much more interesting than the actual negotiations, albeit the lack focus on the private sector; 2) Moving beyond measuring GDP gets more traction; 3) Adaptation is a cross cutting but also overarching challenge in sustainable development; 4) Data gains relevance, yet the opportunity for a data declaration is lost.

1) The action is on the side events

Sustainability and development for every nation, protection of the environment and inclusive involvement from stakeholders, amidst the many global challenges we face (climate change, population growth, urbanization…), were the summit’s top priorities. Such important and timely challenges, which gathers the global political leadership whose task is to represent us. The reality of the conference is a meeting where more than 150 national leaders negotiate a consensus agreement, mostly beforehand, of commitments and accountable goals which become watered down. The convening power of this political conference also serves as a milestone for several and diverse stakeholders. Parallel to the summit’s main events, more than 500 official side events were organized. GAIN took part in the “Innovation Alley” of the U.S. Department of State tent. The side events offered a much more pragmatic and data-informed spread of projects, help gather and share experiences and best practices, and measure progress particularly considering the 1992’ scenario. Examples and actions taken by individual (sub)national governments, NGOs and other stakeholders were demonstrated. These side events, indeed, offer a coherent set of expectations for the negotiations that extend far beyond the actual draft of the negotiations.

As was the case in Durban for COP-17, the side events are the drivers for our participation, more so than the talk show of nations during the plenaries. It is these side events that we see a unique opportunity to learn the status quo and frame development goals. Yet again a major stakeholder is missing – the private sector, which was recognized as an important player, but was under-represented at Rio+20. To reiterate the WEF message, we need to “enable multi-country and multi-stakeholder coalitions of willing and able actors to undertake explicit sets of actions now and in the near term to help achieve these goals”. 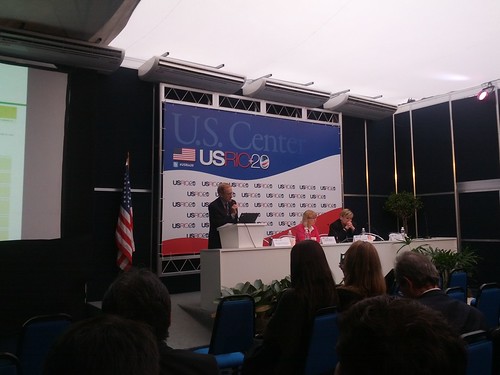 One of the three main goals of the Global Adaptation Institute (GAIN) is to provide a navigation tool that enables measuring a country’s vulnerabilities to climate change; and their readiness to face these challenges. GAIN, with its open data GAIN Index, avoids the use of holistic or outcome-based metrics such as GDP or HDI. It also emphasizes the need for a pragmatic approach and usability of the data sets through understandable maps, graphs and summaries. Our message and methodology are as clear and simple as possible. The GAIN Index can help navigate the data and tell the story of the past, present and future of national challenges to face adaptation.

The "Measuring what matters, metrics beyond GDP" session in Rio+20 echoed some these themes at GAIN. The two main take-aways were, first, we need to go beyond measuring GDP and define a set of pragmatic metrics that enable monitoring and setting goals. Second, we need to recognize the role, and bring to the table, the private sector, which must be a part of the core action in adaptation. Currently, their role is both under-recognized and underdeveloped. Not one panelist involved was from the private sector. When the audience of around 150 people was asked, only two were from the U.N., most from NGOs and fewer than 20 from the private sector.

When the IDB presented their ClimateScope to address similar issues on sustainability, the outcome of discussions was similar. In this case, the implementation path seems to focus on the city level by guiding on what metrics to gather and monitor. It was unclear how the private sector and other implementers would focus on adaptation in particular, or if the initiative would embrace open source, or if they would scale to other levels of granularity (national, regional or community level). 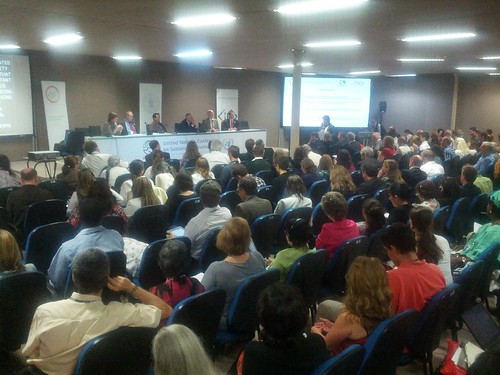 3) Sustainability, a Global and Transversal Challenge, with Imperative Adaptation Links

Sustainability cuts transversely many fields, and the challenges on which it depends are cross-border and interdependent. When we talk about adaptation, we are talking about sustainability and the need to recognize adaptation challenges in e.g. water, agriculture, population growth or  social readiness. Not only because it is a transversal issue, but also because if not specifically addressed, lack of adaptation, or maladaptation can endanger or quickly set back the development clock by many years.

When the original Rio conference ended, a set of declarations based on principles of sustainability were put forth. The text being prepared now, 20 years later, is also based on principles but in a major step forward, includes a substantial amount of data to support and identify the status of those principles. This is partly possible because in the recent years a major revolution on data gathering and disponibility, the core concept of open data. This leap has unleashed the power to measure the state of the world in many major indicators, mostly gathered at the national level or remotely with the use of satellites.

We still, however, lack the next step: a data declaration. Rio+20 should have provided a set of data that quantitatively describes the status of the world in metrics, and the commitment to maintain and improve this benchmark that enables us to measure progress and establish long and short term goals. The GAIN Index, which measures what matters, will continue to bring a pragmatic approach to adaptation and identify concrete actions or challenges that need to be addressed now. 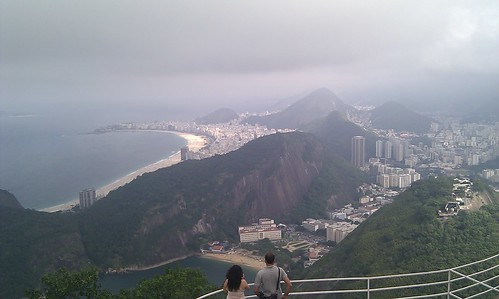 Rio, from the Pan de acucar.[/caption]

The world cannot wait another 20 years for Rio+40. We need to act now, and for action to happen the civil society and private sector are crucial. GAIN offers a platform, a “Go to place” for Adaptation. We welcome your feedback.

I also wrote another post about the  logistics of the conference and traffic; and here some of my pictures of Rio+20 from Flickr. 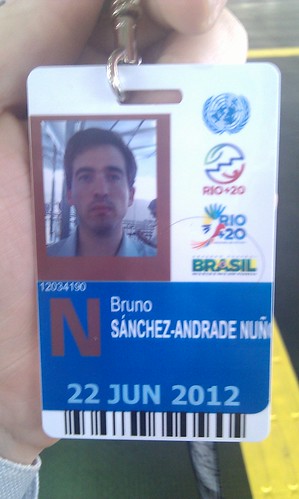 Credential to enter the UN conference[/caption]